Another success for TeamItaly! Discover how to be part of it

Home > Home Gallery  > Another success for TeamItaly! Discover how to be part of it 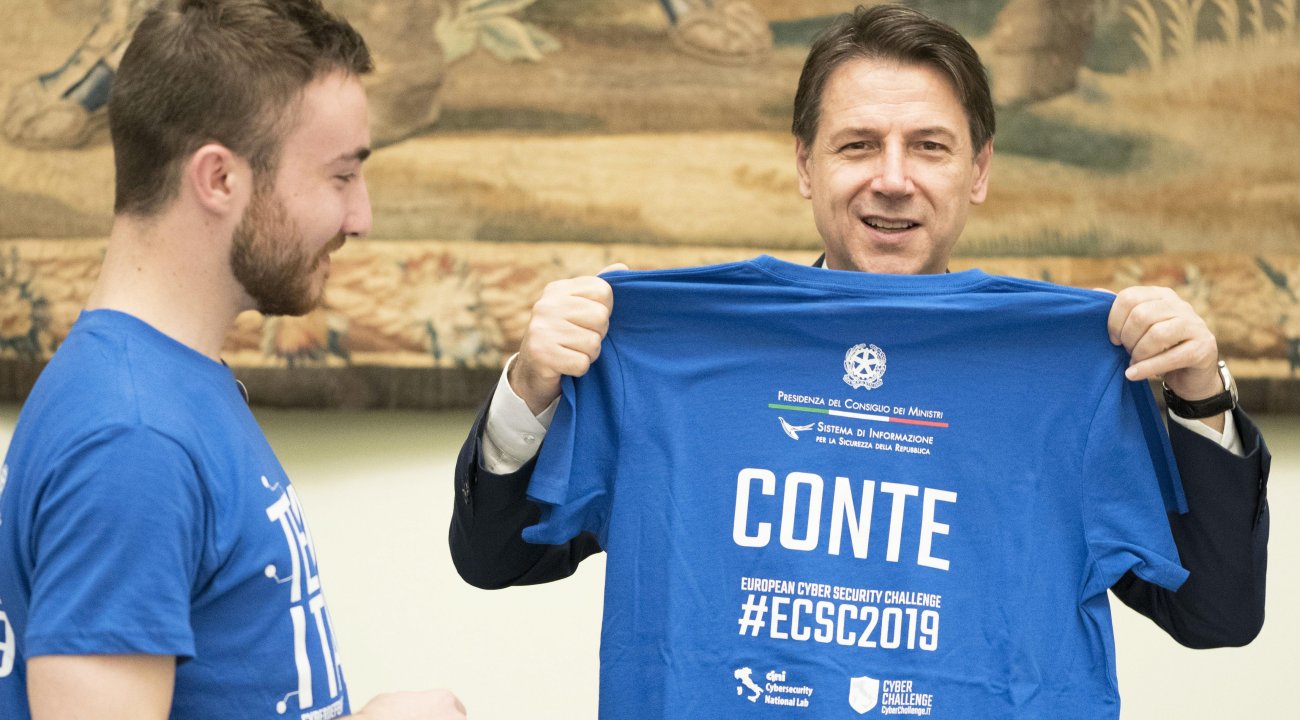 04 Dec Another success for TeamItaly! Discover how to be part of it

Posted at 13:31h in Home Gallery, News by Alessio Ruta

With 21 challenges solved out of 24, the Italian national team of ethical hackers also conquers HackFest2020, the European friendly cyber security challenge that replaced the European Cyber Security Challenge, postponed for health reasons this year. Although no real ranking has been drawn up – given the friendly nature of the match – TeamItaly (16-23 years old) proved to be one of the most advanced European players in the sector, standing out for having chosen a choral game strategy, despite the fact that the event was initially designed to allow athletes to play individually.

This result was the result of the team’s work which, unlike its European antagonists, benefits from a unique path both from a technical and social point of view, aimed at inspiring young hackers to team play and to share values “even beyond the mere IT aspect”, commented the director of the National Cybersecurity Laboratory, Paolo Prinetto. “Since we could not organise a physical meeting between the youngsters, we asked them to make a greater effort remotely, taking the national team on a ‘virtual retreat’ lasting a few weeks, during which they worked specifically on team building, with the help of professionals in the sector”. “On a football pitch the team benefits from the fact that each player knows the position of his teammates: in the virtual world and in hacking competitions we try to bring the same enthusiasm and spirit of sharing”, points out Prinetto.

TeamItaly is one of the activities promoted and curated by the Cini National Cybersecurity Laboratory (Consorzio interuniversitario nazionale per l’informatica), which annually organises CyberChallenge.IT, the first national programme aimed at young talents to train the ethical hackers of the future. The initiative includes an advanced course in which the best boys and girls selected in each of the project’s venues are admitted to participate, free of charge. In the 2020 edition, which has just ended, 560 young people took part, while over 700 will be admitted next year, when the participating venues will be 32 (30 universities, the Tuscan Cybersecurity Competence Centre and the Turin Army Training and Application School Command). It is precisely at the end of this process that the shortlist of twenty candidates to join the Italian national team is identified. “The success of this activity in recent years has led us to invest more and more in the team and the youngsters, which for the first time have doubled to twenty,” commented the project coordinator, Gaspare Ferraro. “In addition to modernising the training programmes, which is also necessary to respond to the current health emergency, we have launched the Team’s new website, from which you can learn about its successes and upcoming events”.

The IT security experts from the team’s sponsoring companies (Accenture, aizoOn, Eni, Exprivia, Leonardo and Telsy) also contribute to TeamItaly’s activities, whose path is hinged on the direction of possible job opportunities in a rapidly growing sector. TeamItaly is still on the podium of the European cyber expert teams, having won the silver medal at the last European cyber security challenge (Ecsc), organised by the European Union Cyber Security Agency (Enisa), with the support of the European Commission.

But the good news is that to aspire to join TeamItaly all you need to do is register and be admitted to CyberChallenge.IT, the training course for young Italian cyber security experts, whose registration will be open until 17 January, through the official portal: https://cyberchallenge.it.