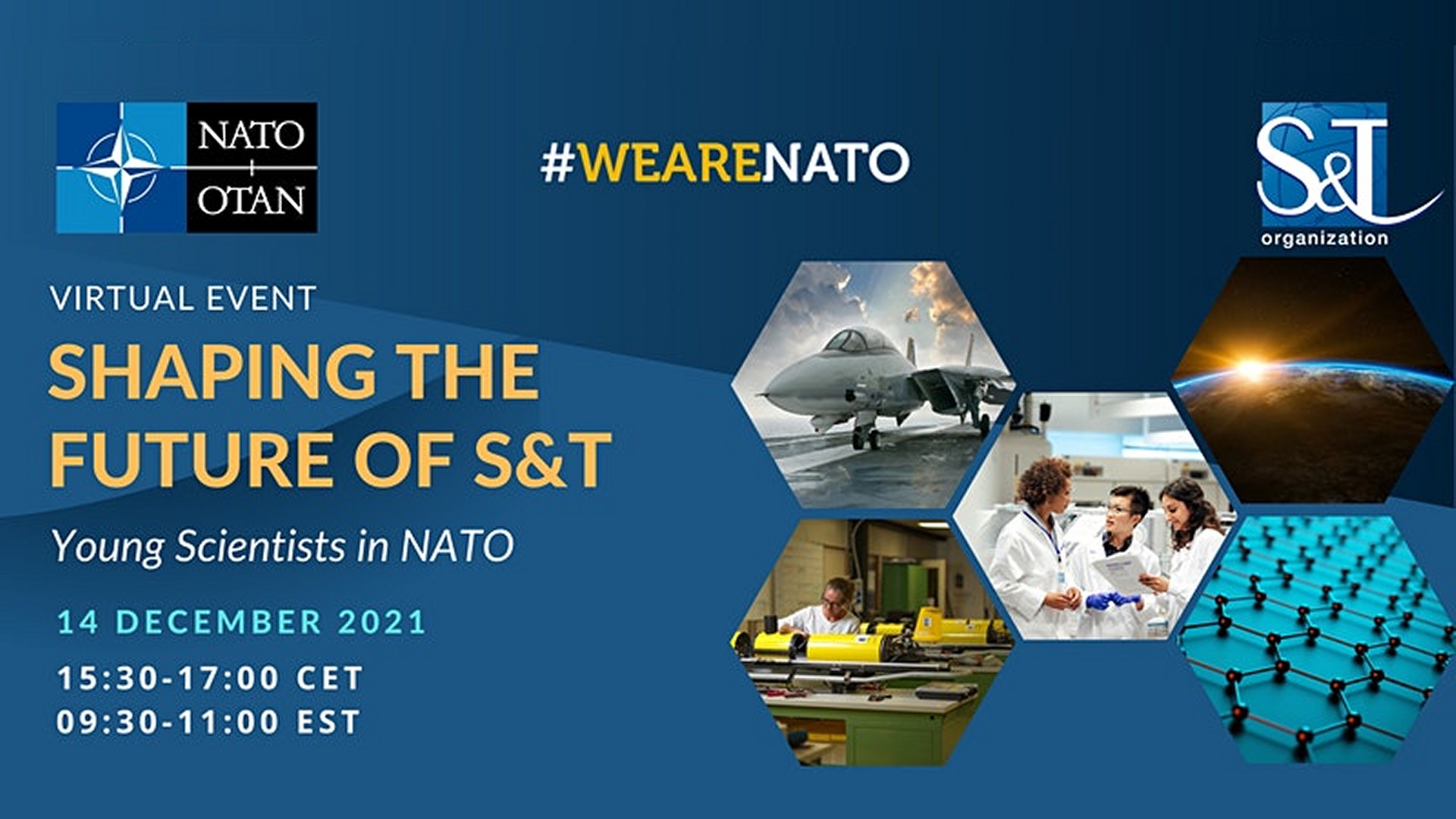 The NATO Science & Technology Organization (STO) cordially invites you to join the NATO Chief Scientist and six Early Career Scientists on 14 December 2021 for an interactive virtual panel discussion and Q&A session [*] on the NATO Science and Technology Organization collaborative network and how Young Scientists play a key role in shaping the Alliance’s future technological edge into the next decades.

The STO is the world’s largest collaborative research forum in the field of defense and security and brings together over 6000 Scientists and Engineers in Allied and Partner Nations, engaged in more than 300 projects each year.

The STO is governed by the NATO Science and Technology Board (STB). The Board administers the STO’s scientific and technical committees and its three executive bodies: the Centre for Maritime Research and Experimentation (CMRE) in La Spezia, Italy; the Collaboration Support Office (CSO) in Paris, France; and the Office of the Chief Scientist (OCS) at NATO Headquarters in Brussels, Belgium.

To know more about NATO STO visit our websites: