CyberChallengeIT: the national competition of ethical hackers will be online in October

Home > Home Gallery  > CyberChallengeIT: the national competition of ethical hackers will be online in October 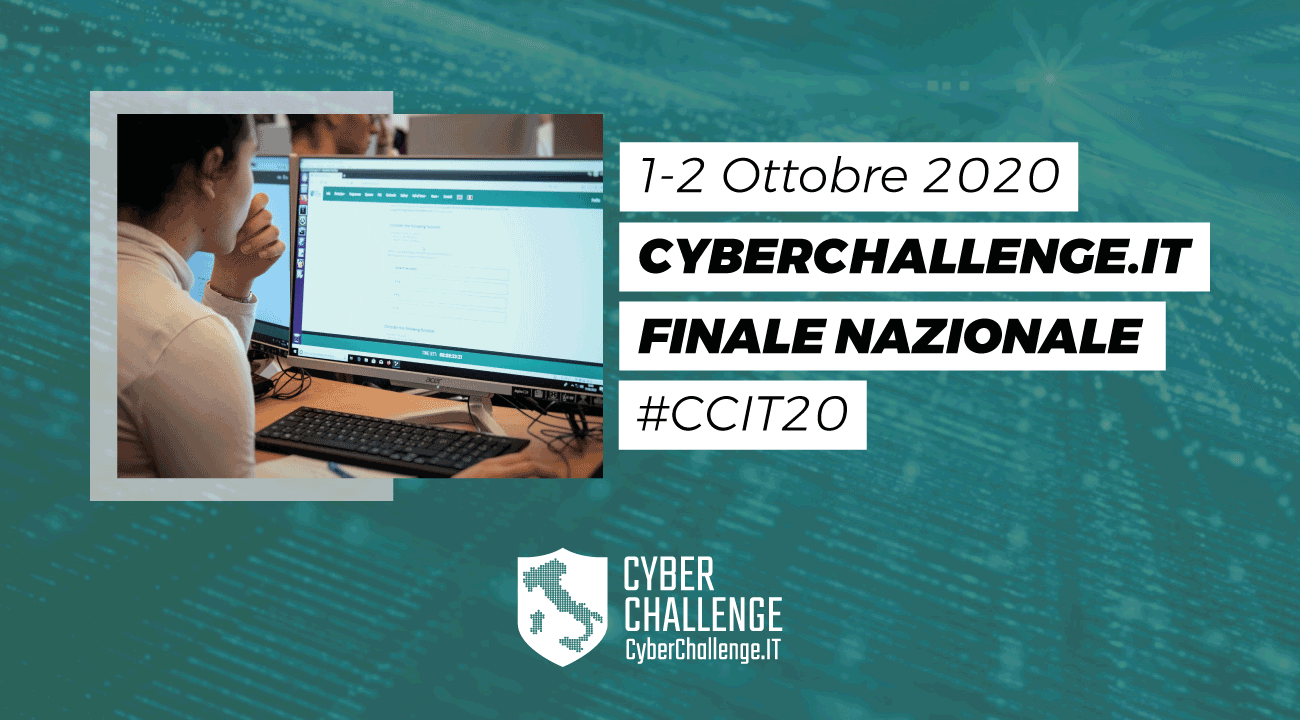 04 Aug CyberChallengeIT: the national competition of ethical hackers will be online in October

Posted at 11:38h in Home Gallery, News by Alessio Ruta

The final of CyberChallenge.it: the national training programme for young ethical hackers of the future will take place on 1 and 2 October. Organized by the Cini National Cybersecurity Laboratory (Consorzio Interuniversitario Nazionale per l’Informatica), CyberChallenge.IT is the only initiative at European level in which the academic world and schools involve thousands of potential young computer security experts in a single project, introducing them to an approach to the subject, which increasingly offers important personal and professional opportunities.

For the first time since 2017, due to the dramatic international health situation, this year’s edition will be held entirely online. This will not, however, prevent participants, aged between 16 and 23 years and coming from the 28 national offices (consisting of universities and training institutes), to compete in a series of competitions aimed at identifying the best ethical hackers in Italy. But the final of CyberChallenge.IT is also an opportunity for the 168 participants (six for each team) to practically demonstrate the skills learned during the twelve-week training course in which they participated, from March to May this year.

Among the topics covered during the training courses, organized by the 28 national offices with the involvement of external experts and companies, particular attention was given to the security of IT infrastructure and hardware, web security, telecommunication protection and the attack and defense capabilities of a computer system. Each theme represents a different critical point in the digital world and all contribute to the greater protection capacity of companies as well as of the entire “Country System”, already subject in Italy to the law on the perimeter of national cybernetic security.

The young experts who will have distinguished themselves for their specific skills (networks, cryptography, intrusion, defense, broadcasting and many others) can be summoned by the Italian national Cyberdefender team, TeamItaly, which every year includes new recruits to join the ethical hackers selected the previous year. Every year TeamItaly participates in numerous international competitions and in 2019 it won the podium of the European Cybersecurity Challenge (Ecsc2019) finishing second at European level.

Talent and competence of young national IT security experts are also recognized at a national level: on February 7th of this year, in Ancona, the Deputy Director General of the Department of Information for Security (Dis), Roberto Baldoni, awarded TeamItaly in front of an audience of academic institutions and political and military representatives. The previous year, at ITASEC19, the award ceremony was attended by the then Italian Minister of Defence, Elisabetta Trenta.

The project is part of the Operative Address no. 3 of the “National Plan for Cybernetic Protection and Information Security”, guided by the Information System for the Security of the Republic – Department of Information for Security (Dis) of the Presidency of the Council of Ministers and aims both to offer the selected young people a guided path of training in the sector, and to create a channel that helps to fill the lack of professional figures necessary to the country system and much in demand by institutions and companies. According to the most recent estimates, by 2021 alone, there will be more than 3 million job vacancies in the sector worldwide.

The national competition in which the 28 teams will compete will take place on October 1st and will see young people engaged in simulations of attack and defense of computer systems (Ctf competitions, Capture The Flag), in which the participants will have to conquer a position within an opponent’s infrastructure showing that they can dominate it, without being dominated in turn.

On the second day of CyberChallenge.IT the presentations of the teams that qualified the day before will take place, in front of a jury composed of illustrious personalities from institutions, IT security experts and representatives of the event’s sponsoring companies. On the same day there will be a press conference, during which journalists will meet TeamItaly members, the team captain and coaches.