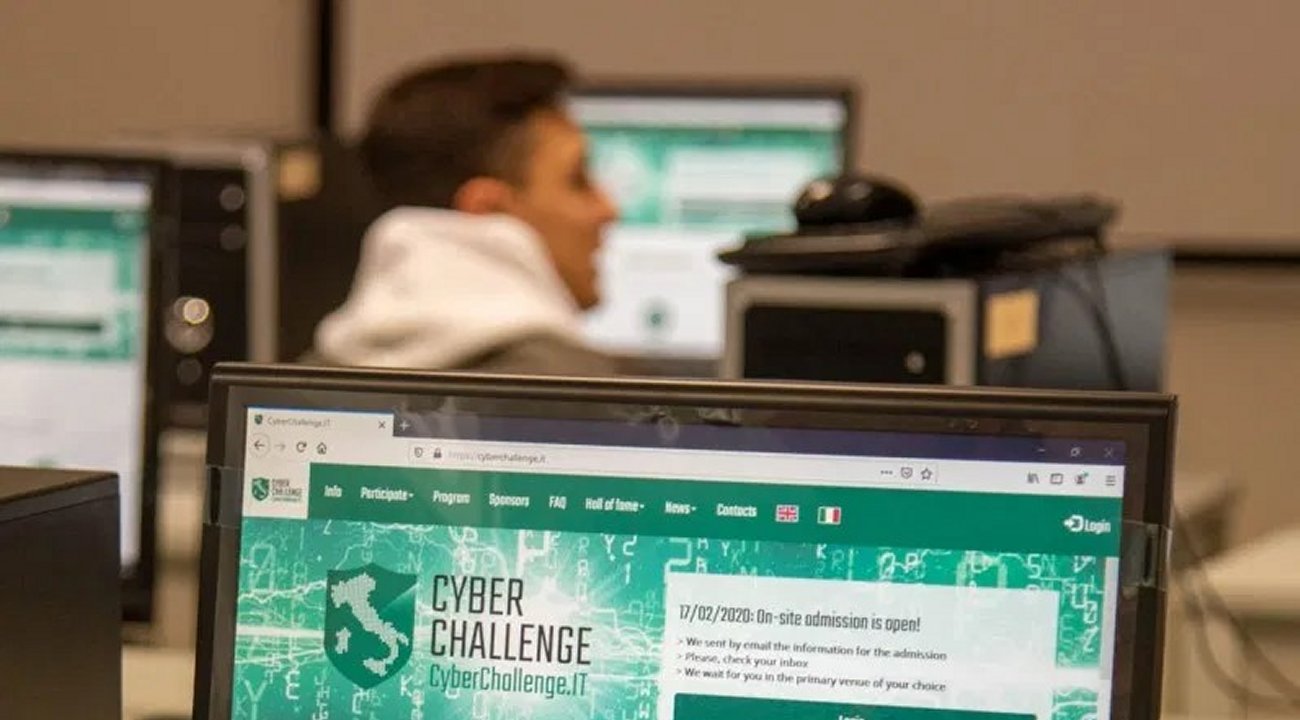 26 May OpenCyberChallengeIT, the training program extended to 1,300 new talents

Posted at 17:07h in Home Gallery, News by Alessio Ruta

Not even the Coronavirus has interrupted the training of Italian ethical hackers, which from this week will gather even more students. After weeks of intense work, the Cini National Cybersecurity Laboratory (Consorzio Interuniversitario Nazionale per l’Informatica) has developed OpenCyberChallenge.IT: a computer security training project for the more than 1,300 students from universities and high schools who had applied for the national CyberChallenge.IT program and who were not among the first 20 of their locations.

The tests were held in February and allowed the selection of the best twenty candidates for each of the 28 national nodes, coordinated by as many universities. From today, all the other enthusiasts and young experts who dream of a path in the field will be able to deepen their skills in view of the admission test of the 2021 edition or a career in the world of Information Security. According to data collected by the Department of Labor Statistics of the U.S. government, the growth rate of available jobs in the sector will increase by 32% over the decade between 2018 and 2028, compared to an average of 5%.

Videolessons, educational material and technical insights: if because of the Coronavirus many Italians have more time to devote to study, the 1,300 young students from universities and high schools throughout the country who had attempted admission to CyberChallenge.IT will now have the opportunity to perfect their skills in the technique and art of ethical hacking, acquiring those skills that are now increasingly in demand by companies and the nation itself, for years engaged in a path of strengthening networks and the national cybernetic perimeter. Following the guidelines of the main program, CyberChallenge.IT, the members of the open path will also have access to one of the six weekly competitions planned, in order to improve their skills in the techniques of defense and attack of computer systems.

The CyberChallenge.IT programme has not stopped because of the pandemic, either. CyberChallenge.IT is the only initiative at European level in which academics and schools involve thousands of potential young IT security experts in a single project, introducing them to a path towards the subject, which increasingly offers important personal and professional opportunities. Now in the middle of the programme, the course has so far covered seven of the twelve modules. Starting from ethics in the hacker world, which is necessary to provide the tools of discernment necessary for any knowledge acquired to be used for the common good, the 560 participants have already followed the lessons of software security, encryption, computer networks and web security. Experts identified by the sponsoring companies are also expected to participate, thanks to which it is possible to create a direct link between the students of CyberChallenge.IT and the industrial world.

For reasons of force majeure, the final of CyberChallenge.IT was postponed to the first half of October: a national occasion in which the members of each of the 28 knots compete against each other. The brightest among the students involved, identified for specific skills (networks, cryptography, intrusion, defense, broadcasting and many others) will be summoned by the Italian National Cyberdefender TeamItaly, which every year includes new recruits to join the ethical hackers selected the previous year. Every year TeamItaly participates in numerous international competitions and in 2019 it won the podium of the European Cybersecurity Challenge (Ecsc2019) finishing second at European level.

The talent and competence of young national IT security experts are widely shared and recognized also at national level: on February 7th of this year, in Ancona, the Deputy Director General of the Department of Information for Security (Dis), Roberto Baldoni, awarded TeamItaly in front of an audience of academic institutions and political and military representatives. The previous year, at ITASEC19, the award ceremony was attended by the then Italian Minister of Defence, Elisabetta Trenta.

The project is part of Operative Address no. 3 of the “National Plan for Cybernetic Protection and Information Security”, led by the Information System for the Security of the Republic – Department of Information for Security (Dis) of the Presidency of the Council of Ministers.

“In order not to waste time and ensure that all participants at CyberChallenge.IT can follow the courses despite the pandemic, we have invested time and resources on our platform, which in short has been strengthened with all the functions necessary for teachers to hold the lessons even at a distance”, commented Simone Soderi, national coordinator of CyberChallenge. IT: “So we thought it was right and proper to share this effort also with the 1,300 kids who did not pass this year’s selection: if they are motivated and believe that IT security is their way, they will be happy to have been called back to be part of this world. With all the material we produce, it would have been a shame not to give them the opportunity to spend their lockdown time in a profitable way”.

“We believe that OpenCyberChallenge.IT can be an opportunity for all young IT security talents to spend their time at home and also to prepare for the admission tests that will be held early next year,” said Paolo Prinetto, director of CINI’s National Cybersecurity Laboratory: “We are privileged to know the brilliant careers undertaken by so many professionals who have gone through the training of CyberChallenge.IT and this gives us great motivation to be as inclusive as possible.

The path of CyberChallenge.IT is also possible thanks to its sponsors, who show sensitivity and foresight in wanting to invest in strengthening those skills that one day will be indispensable in their business.