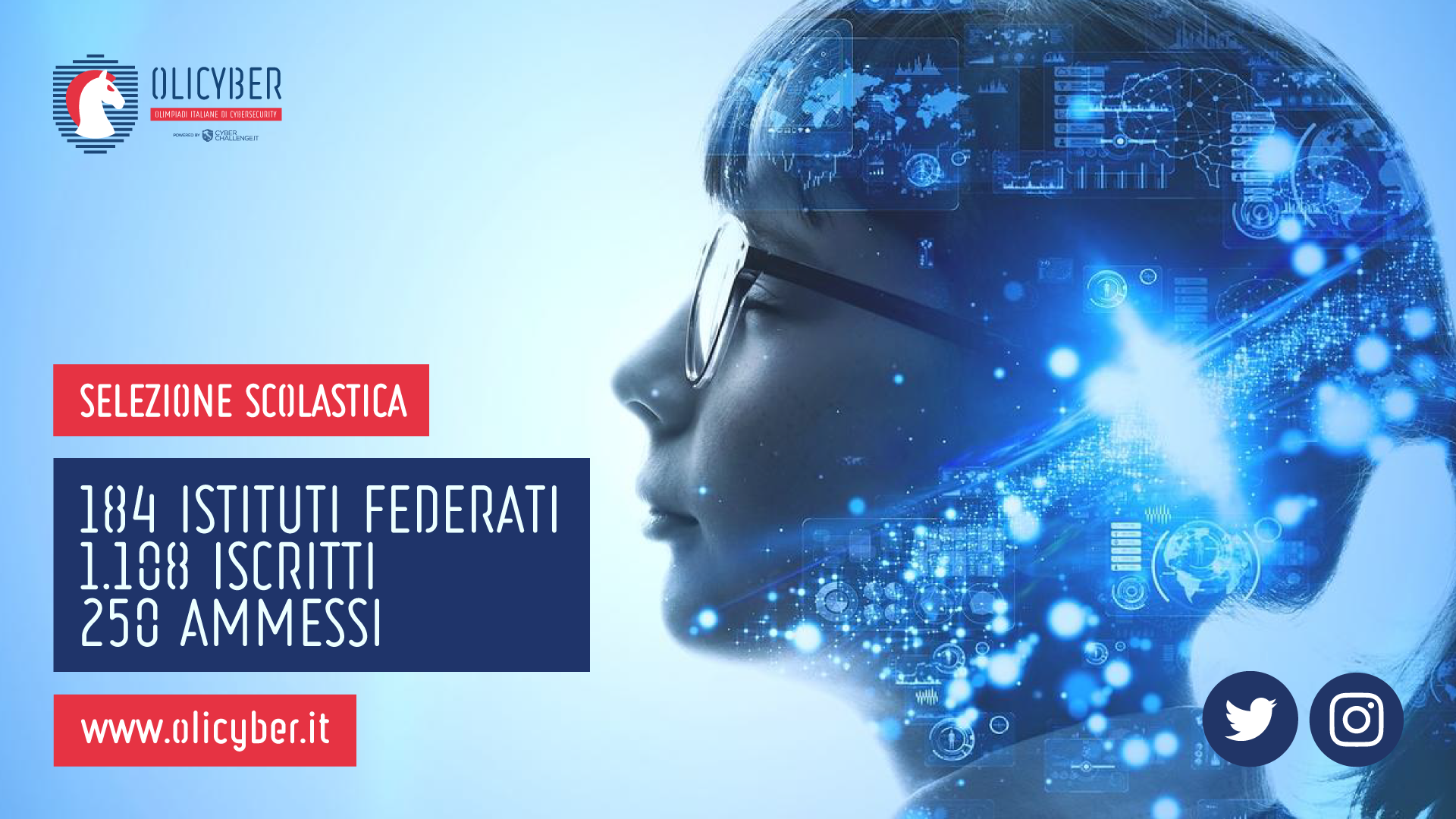 The selections to take part in the first edition of OliCyber, the national computer security Olympics, have been completed. Aimed at male and female students at secondary schools, the initiative attracted 182 schools and 1,108 candidates, who, throughout the afternoon of 15 March, were able to take part in the admission test to select the 250 people admitted to the training programme for young hackers and computer security enthusiasts.

The initiative, organised by the National Cybersecurity Laboratory of Cini (National Inter-University Consortium for Informatics), is free of charge and aims to involve high school students in a course of study and practical training in the sector, which has become increasingly central to our daily lives. OliCyber benefits from the experience gained in years of successful editions of CyberChallenge.IT, a school for the ethical hackers of the future and an antechamber for entry into the Italian national cyberdefender team, TeamItaly.

But unlike CyberChallenge.IT, which was aimed at champions between the ages of 16 and 23, OliCyber is aimed solely at secondary school students, and aims to provide them with further ideas for deciding which path to follow once they have finished their schooling. During the training period, which will continue until May, students will have the opportunity to access lessons and training materials, acquiring and strengthening their familiarity with the cyber world. Techniques for attacking and defending digital infrastructures are part of the normal OliCyber course, which aims to promote prevention and the correct use of technologies through a full understanding of them and the consequences that can result from their improper use. Valuable knowledge for Italy, which is increasingly important in the international panorama of computer security experts, strengthened by the decision to create a virtuous knowledge transfer circuit, thanks to the collaboration of 40 young experts from CyberChallenge.IT and the Italian national computer security team, TeamItaly, who were entrusted with the task of tutoring those admitted to OliCyber.

Most of the students from technical schools took part in the initiative, with 777 registrations, compared to 331 from high schools. The class that paid the most attention to IT security was the fourth grade, with 457 enrolled. They were followed by the third (371), fifth (166), first (61) and second (49 enrolled).

Further details on the OliCyber project can be found on the official website: www.olicyber.it