IEEE European Symposium on Security and Privacy online from 7 to 11 September. Registration open 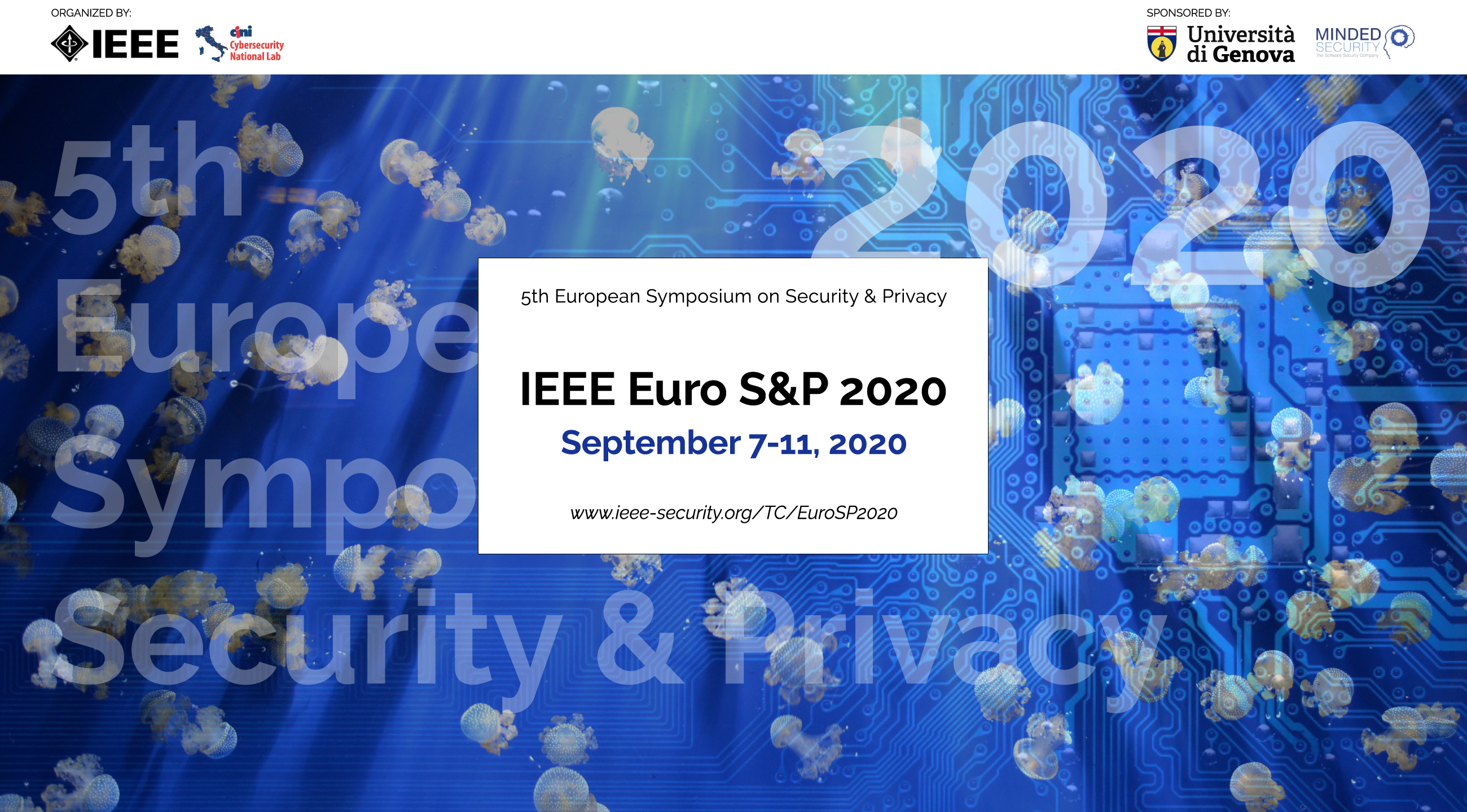 Posted at 11:35h in Home Gallery, News by Alessio Ruta

Even the IEEE European Symposium on Security and Privacy becomes “smart” and goes online. Along with many other events for which it was necessary to virtually rethink meetings and presentations, the fifth edition of the main European congress on security and privacy, organized this year by the CINI Cybersecurity Laboratory (National Interuniversity Consortium for Informatics) will be hosted by remote work platforms and streaming channels.

Now in its fifth edition, the conference is organized every year in a different European city: this year the honours should have been from Genoa, of which the University is the main sponsor, together with the IT security company Minded Security. However, the global pandemic still in progress has not allowed the event to be maintained in its traditional form, imposing an important organizational effort so that the initiative could still be held at a distance, for greater security of all participants.

However, the direction booth of the symposium remains in Genoa, which, thanks to the telematic mode, aims to become the most attended event ever held so far. The last edition, in 2019, was held in Stockholm and was attended by over 160 academics and scholars. Today the organizers are relaunching the possibility of registering for the event, through the portal developed by the National Cybersecurity Laboratory and with fees remodeled based on the different needs involved in organizing an entirely virtual event.

The program, distributed over five days, includes presentations, tutorials and question and answer sessions on topics central to academic research and modern industrial development. Some of the meetings will deal with the security of software and artificial intelligence, the importance of the human element in the protection of an infrastructure, web security, the protection of the Internet of Things (IoT) and self-driven vehicles.

Since 2016 the IEEE EuroS&P has been organised every year and hosted by some of Europe’s most beautiful cities: Saarbrücken, Paris, London, Stockholm. Today, Genoa, in spite of itself and in respect of the dramatic pandemic that has afflicted the whole world, has renounced to host the excellent participants of the international event, while renewing its enthusiasm in contributing to make IEEE Euro S&P 2020 the most attended edition ever held so far.

“I am extremely satisfied to have contributed to bring to Italy the organization of the most prestigious European conference on security and privacy, confirming the credit that the National Cybersecurity Laboratory enjoys in the international scientific community” commented Alessandro Armando, professor at the University of Genoa and General Chair of the event: “Unfortunately we had to deal with an unpredictable international scenario like the one of these months, but we are confident that it will be an opportunity to involve even more personalities and academics, to build together a better awareness of the importance of information security”.

“Organizing and hosting international events of this magnitude and at this level is both an honour and a responsibility for us”, commented Paolo Prinetto, director of the National Cybersecurity Laboratory: “For this reason, despite all the difficulties involved in this complex period, we could never have missed this opportunity first and foremost for the entire Italian cybersecurity community”.

More information about the event, the calendar and the registration procedures are available on the official website of IEEE Euro S&P 2020, where you can also consult the list of practical workshops and tutorials organized in the margins of the main track.